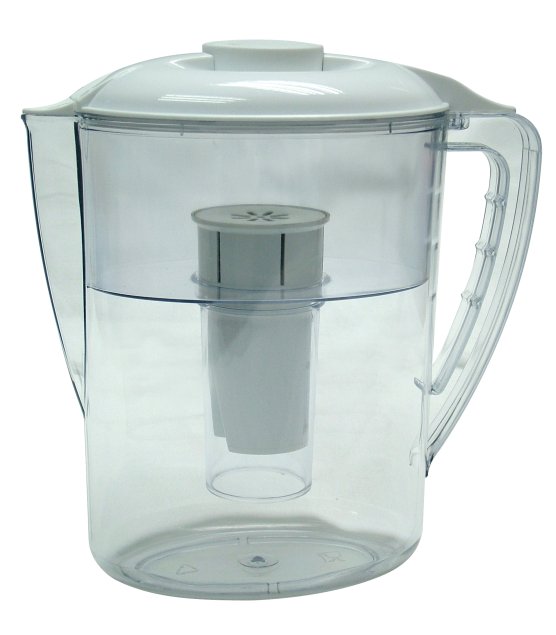 One of the most widely accepted theories on the origins of life on Earth is that it came from outer space carried by comets that crashed into our planet at the beginning of its existence. Comets are giant balls of dust and ice which wander through outer space and as they approach the sun, the solar winds help form their characteristic tails, awing the star watchers here on Earth whenever we are lucky enough to observe such phenomena, certainly an amazing event.

Probabilities are that the basic components of life came to exist on Earth brought by one of those ice balls. Afterwards, the first cells and more complex life forms developed in the primitive oceans. Along millions of years of evolution, the ancestors of mankind became able to leave the water and conquer the planet. Yet, water is still a vital element for humans: it constitutes 70 to 75% of our bodies.

Unfortunately, that same water, especially drinking water, is more and more a scarce resource, and more so that many scholars already state coming wars will not be held in name of oil, but in name of water and good quality water resources. Oil is a luxury, but water is a basic survival need.

Each human being is responsible for spending 380 litres of water every single day [1], either for drinking, cooking, hygiene or other uses. When there is an abundance of resources, 380 litres is not much, but if you realize that water is a finite and indispensable resource and that the industry spends and contaminates enormous amounts of it leaving irreparable damage, the problem is much more worrying. Either by ignorance, scrupulousness or accident, industries dump harmful contaminants into water courses that Earth takes decades, centuries or millennia to process.

Quality water is rarer and rarer. The consumer can no longer rely on fountains, wells and public water supply. However, tap water is processed in order to avoid chemical and biological contamination. In general, it poses no danger on public health. Although safe, tap water may contain substances that affect taste and smell, for example chlorine used to sterilize and biological impurities from its source or from the supply system.

Over the last few years there has been an exponential increase of bottled water consumption. Each European spends in average 85 litres of bottled water each year. Unfortunately that consumption has negative ecological consequences. Firstly, the main raw material for plastic is oil, a non-renewable resource and in itself a major pollutant. Besides, bottled water ends up being contaminated by plastic itself, depending on the quality of the latter, how long and how transportation takes place and storage conditions as well. Not to mention the recurrent detected problem regarding bottled water sold by many companies to do with the fact that their water does not come from any specific source, but is rather regular tap water.

There are several filtering systems, from the most simple to the most complex, from the economical to the most expensive. Filtering techniques can also vary from systems directly attached to house plumbing to jars with activated charcoal and resin, which have the advantage of being portable, easy to use, versatile, low cost and not requiring installation. Filtering improves the quality and flavour of the water reducing or eliminating impurities, limestone, led, copper, heavy metals, some pesticides and herbicides and even chlorine up to 98%. Chlorine is widely used for water bacteria control because it is a cheap disinfectant. Its use and ingestion in small amounts are perfectly safe, being recommended by World Health Organization. However, it is still a harmful substance, which is why it is best to filter it.

Filtered water is ideal not only for drinking but also for cooking and preparing food making meals and drinks healthier and tastier.