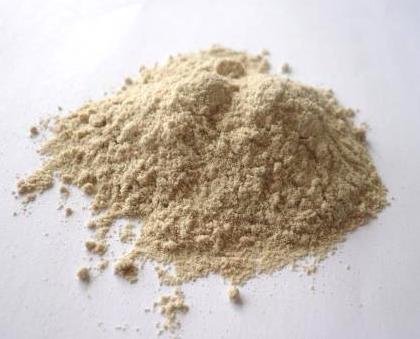 Teff is the new addition to the growing list of powerful super foods. It is not a new food, but it is being discovered in the west and recognised as one of those discreet ancestral secrets. Thanks to its extraordinary nutritional value, it is slowly gaining place in the list of super healthy foods.
It is also receiving more and more attention from the scientific community, at the same time its cultivation spreads from native Ethiopia to other countries in the world. Indeed, in developed countries consumers demand more and more nutritious foods instead of just calories. And as consumer awareness and demand for healthy and nutritious products increases, teff is slowly consolidating its place as one of those healthy alternatives.

Teff flour is obtained from a very small grain similar to poppy seed. It is originary from Ethiopia and Eritrea, where it is essential in the daily diet. Ethiopia is still the world's largest producer. There are several varieties, and colours vary from white to red and dark brown. It is believed that it has been planted since over 5000 years ago. Its botanical name - Eragrostis tef - means “love weed.” It is so small that to obtain a gram it takes 3000 grains. It is traditionally eaten in Ethiopia and Eritrea as a type of bread called injera.

Teff has a huge potential for the development of highly nutritious products, with numerous health benefits. The excellence of this cereal is due to its richness in minerals and essential amino acids, which make it superior to other common cereals. Teff is rich in calcium, magnesium, copper, potassium, manganese, zinc, iron and vitamin C. Its calcium content is higher than cow milk, about 170 mg per 100 g. Its richness in iron depends on the soil where it is grown and can vary between 5 mg and 15 mg per 100 g.

It is rich in proteins, which amount to about 12% to 14%, and contains a good balance of essential amino acids. It contains lysine which is a missing amino acid in many other cereals. Lysine is important in the metabolism of calcium, which is essential in bone calcification.

Its carbohydrates are mostly starch resistant, a type of starch that is resistant to digestion in the intestine and that provides fewer calories than other complex carbohydrates, contributing to greater satiety and to improve blood glucose levels. For these reasons, teff is a good food for diabetics and those who are looking to lose or manage weight. This type of starch favours intestinal flora and is also an important prebiotic in maintaining proper weight. Since the carbohydrates are slowly digested, that makes it a good ally for high performance athletes who need a quick and sustained energy supply. Its mineral content also helps in quick recovery after exercise or mental fatigue.

Teff is gluten-free and is thus a good option for those who are gluten intolerant. This cereal is also a good source of antioxidants.
All these nutritional properties are mainly due to the fact that teff is usually eaten whole. It is so small that it's difficult to process, and thus all parts are consumed and no nutritional value is lost.

Teff flour can be used to replace other flours, which are often less healthy than teff. It is a good substitute to replace refined flours, and can be used in smaller quantities than the flour it is replacing, because it has a higher density. When using Teff flower you should use at least 25% to 50% less than defined in the original recipe. Because of its flexible and elastic texture one can obtain great bakery products such as breads, cookies, crackers and pancakes. After it is cooked it gets a gelatinous texture and can be used in sauces, soups, creams and puddings. The grain can be consumed in various ways, such as whole, boiled or baked or even as a main dish.

Its superior nutritional qualities make Teff flour a special cereal and a great addition to a varied and healthy diet. It is worth it to include teff in a daily diet.