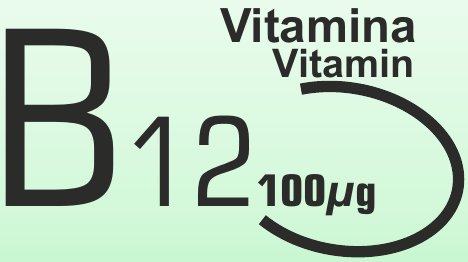 Vitamin B12 – supplement or not?

Vitamin B12 is essential to a healthy brain and blood. It is fundamental to red blood cell formation, in neurological function and DNA synthesis. As a consequence of its deficiency individuals may develop megaloblastic anemia. There are other problems, besides anemia, associated B12 deficiency, such as neurological problems, loss of sensitivity, trouble walking, lack of concentration and memory, optical atrophy, depression, dementia and characteristic chronic fatigue.

Many times this fatigue (one wakes up already tired), lack of concentration and memory and loss of sensitivity on the limbs are the first symptoms of the disease. Some of the neurological problems can become irreversible. The lack of this vitamin is also related with the increase of heart and bone diseases. Cognition and overall development in children lacking B12 are very affected and the symptoms can also be irreversible or persist for many years. There are some cases of depression that improve after B12 normal values are re-set.

The deficiency is difficult to diagnose because the symptoms may take a long time to show and are common to other diseases. Anemia may be masked by the intake of folic acid, which keeps red blood cells at their normal size. This can happen in individuals with high folic acid intake like most vegetarians, who eat plenty of fruits and vegetables.

Often, when a blood test indicates low B12 levels, the deficiency is already in an advanced stage, which is why lack of B12 should be prevented by regular blood tests to B12 levels and supplementing when necessary.

Among individuals with higher risk of B12 deficiency are the elderly (10 to 30% have absorption problems)*, individuals with diminished stomach secretions, individuals whose stomachs have been removed, Chron’s disease patients, congenital diseases associated with the metabolism of the vitamin and intrinsic factor (of which the absorption of the vitamin depends), pregnant or nursing vegetarian women and vegetarian children, vegetarians who do not have trustworthy sources of B12 and vegans. This suggests that metabolizing the vitamin is as important as, or more than, the amounts taken, because its absorption depends on several processes beyond food. Vitamin B12 needs our system to produce gastric and pancreatic secretions to be absorbed in the small intestine. If any of these factors is compromised it will influence the absorption of the vitamin. Our system has ways to recycle this vitamin, namely through enterohepatic circulation, that recovers a great part of the vitamin excreted by the bile. However, not all of us have a system that is efficient enough. This is why 95% of the cases of B12 deficiency are due to the inability to absorb it and not, as it is wrongly assumed, merely due to vegetarian and vegan lifestyles. It is correct that vegans and vegetarians have lower values of B12 than omnivores, but the disease occurs in both groups equally, which is why it concerns all the population.

One should not forget that vitamin B12 can only be obtained by eating animals and their derivatives (eggs, milk, cheeses), fortified foods and supplements. There is a lot of speculation about vitamin B12 in seaweed, fermented foods and soya, but all the forms found in these foods are nothing but similar to the vitamin and therefore inactive, useless to humans, perhaps even harmful because they compete with the active form during the absorption process.

Who sould take B12 supplements?

According to Dr. Eric Slywitch's master thesis , the reference levels for B12 in a blood test can underestimate the deficiency of the vitamin. He mentions that the established levels between 200 and 900 pg/ml include a very wide range and assures that the levels should be over 490pg/ml to be considered safe. All levels below 490pg/ml may be considered deficiency. Other laboratory examinations can be performed to confirm the results, like homocysteine. If you are in the risk group, it is advised to get a blood test to verify if there is a deficiency and if so, you should supplement.

For a better diagnosis and interpretation of the results, it is advised to seek medical counseling or from a dietist or nutritionist. If you are vegan or vegetarian and cannot guarantee daily steady sources of B12 in quantity and frequency you should supplement and in this case you can take 10 µg to 100 µg daily or 2000 µg weekly to prevent the deficiency. The Food and Nutrition Board recommends that individuals above 50 years old supplement with B12 or increase the intake of fortified foods.

- *Institute of Medicine of the National Academies; Food and Nutrition Board – Panel on Folate, other B Vitamins and Choline. Released 12 June 2000