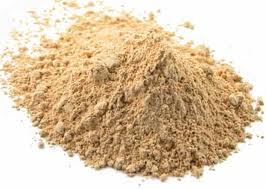 Lucuma – a nutritious alternative to sugar

Lucuma is a fruit native to South America, mainly cultivated in the Andes region, by countries like Chile, Ecuador and Peru.

It's been used since ancient times and it was considered sacred by the Peruvian people, as it was believed to be related to the creation of the world, like the representation of the apple to Christianity. In pre-hispanic times it was associated to fertility and longevity. Beyond its symbolic meaning, to which several myths are related, it also has a great medicinal and nutritional value.

Lucuma fruit takes about 9 months to grow and it should be eaten very ripe. It has a very sweet taste – some people describe it as something like caramel and pumpkin, while others say it tastes like vanilla, sweet potato or a mix between mango and apricot, but no doubt it has a sweet and unique flavour.

Its pulp is very rich in yeast and it can be dried and used as flour or powder, being lasting, nutritious and sweet. In fact, this is the most common use for Lucuma, as the fresh fruit is perishable and cannot be easily exported. In South America its flavour is commonly used in ice-creams, and its leaves are used to cure skin rash.

Regarding its nutritional value, it has a low glycemic index, which makes it a sweetener healthier than sugar, as it avoids hyperglicemia, plus it is rich in minerals, vitamins, fibre and has some protein value. So, it is commonly used in gastronomy and haute cuisine, as a sweetener and for its resemblance to vanilla flavour.

It is also a great option for diabetics. Its orange colour reveals its richness in beta-carotene (a precursor to vitamin A), an anti-oxidant which, besides helping us get a great skin tan, is vital for good vision and bones, reduces the risks of vascular disease and boosts the immune system. It's also rich in vitamin B3 (niacin), which plays an important role related to the metabolic process of energy production, prevents fatigue, insomnia, irritability, boosts the nervous system, thus preventing depression, plus it reduces high cholesterol.

This super-food also has great anti-inflammatory properties. A study conducted by Rutgers, University of New Jersey, evaluated the anti-inflammatory effects of Lucuma seed oil concerning the cicatrization of wounds and tissue regeneration, and concluded that Lucuma may have anti-inflammatory, anti-ageing as well as repairing effects on human skin.

Lucuma is rich in minerals such as iron, magnesium, phosphorus, sodium and calcium. 100 g of Lucuma powder provide about 92 mg of calcium, 4.6 mg of iron, 186 mg of phosphorus, 4 g of protein and only 2.4 g of fat.

You can add Lucuma powder to your smoothies, porridge, desserts, cakes, muffins, breakfast cereals, granola or ice-creams. You can also use it in baby and children food.